2º ESO PMAR: Some flipcards to practise the difference between Present Simple and Present Continuous 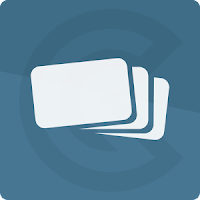 This is our symbaloo for unit 2. Here you will find lots of resources to keep on learning and improving your English! 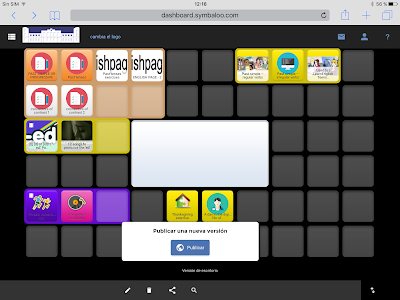 HALLOWEEN STORIES COMPETITION: And the winners are ...
These are the two winners of this year 's competition. Thanks for taking part and congratulations !!!
Remember that you will receive your prizes during the break on  28th October in  the Multipurpose room. 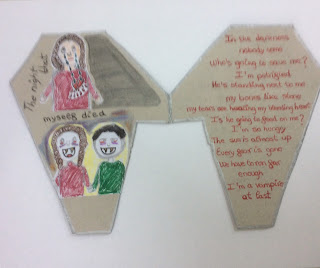 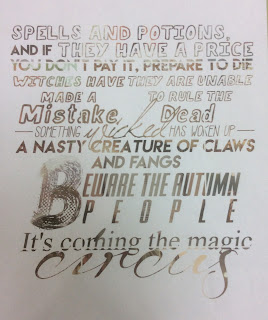 Hello! This is our symbaloo for unit 1. Here you will find lots of resources to practise the topics we've been dealing with in class. You will be able to work at your own pace, watch the videos and/or listen to the audios as many times as you need and last but not least... check your answers. 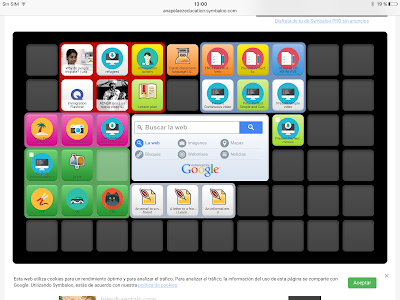 This year we have decided to organize a writing competition, but, since we know that you don’t have much free time we’ll do it in a different way:

You can write A SHORT SCARY STORY OR ANECDOTE, EVEN A POEM!(60 words maximum )

If you are willing to take part, you should give your work to your English teacher before  24TH OCTOBER.

Remember!
·     Presentation: use an imaginative format/presentation
·     Content: try to be original
·     Correction: check your grammar and vocabulary

You must hand in your work in a big envelope; inside it you should include another envelope with your personal information (name and group)

PRIZES: there will be 3 prizes (The judges reserve the right to declare the prize null and void if the quality of the works is insufficient ). The prizes will be given during the break on 28 th October (Multi-purpose room) 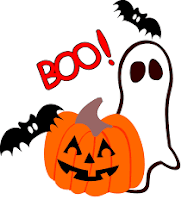 "I LANGUAGES DAY" AT IES SELGAS

Here you can watch a few videos about some of the activities that took place during this "I LANGUAGES DAY".

TEA ROOM: Everybody spoke English there!!


AEROBIC: Students from 1st and 2nd year moved their bodies with Graciela!

BOARD GAMES: Students from 3rd year played games organized by the students in 1st year Bachillerato.

ERASMUS+ SPEECH:Alexandra and Shannon, the Irish students, talked about their school, their life in Ireland , the differences with Spain... and why it is so interesting to take part in European programmes.

"I LANGUAGES DAY" AT IES SELGAS

As you all know, on 27th May, we celebrated for the first time what we called "I LANGUAGES DAY". The idea was to make students, teachers and other members of the school aware of all the languages studied and spoken in our school. Another goal was to make you realize that using the languages you are learning in class every day has a very clear purpose: communication. We have collected some photos of the activities suggested by the different departments for you to enjoy, whether you took part in any of them or just to see how this special day was.

We started with a very successful one, THE TEA ROOM, prepared by the bilingual students in 4th ESO, helped by their teacher Merche. The idea was to open a typical tea room in which, provided you spoke English, you could enjoy a cup of tea and a piece of cake. To get some pounds to pay for your tea, students (and teachers) had to answer some general questions, in English, of course! The students decorated the classroom and cooked the cakes themselves. It was very difficult to choose: carrot cake, Victoria sponge, scones, apple pie, etc.

Some students and teachers in our school, apart from learning French or English, speak other languages, mostly because those languages are their mother tongue. Among them we have Portuguese, Romanian, Tagalo (our language assistant, Erika Vagay), Guaraní, Catalan... There are other languages we study, but we don't speak, such as Latin or Greek, so  Esther, from the Classical Languages Department helped with that! With this idea, a LANGUAGE WORKSHOP was prepared by Rosa, during which these students taught some simple words or sentences to students in 1st and 2nd ESO. They prepared some posters that were placed in the hall opposite the library entrance, for us to revise every day...

At the same time, in another activity organized by the Language Department and lead by Laura and Ana, students in 4th ESO and 1st Bach read some POEMS and played some beautiful music.

Meanwhile, students in 1st Bach, guided by their teacher, Ana Peláez, played BOARD AND CARD GAMES games with students in 3rd ESO, explaining the rules, controlling any possible cheating...

Finally, other students watched the FILM "Big", starred by Tom Hanks, in English with subtitles. You know that this is very useful when learning a foreign language. Alberto helped with this activity.

LANGUAGES WORKSHOP, POEMS, CINEMA AND BOARD GAMES on PhotoPeach
And all those activities took place before the break! After a short rest the day continued with more learning and fun:

Shannon and Alexandra, the two girls from our partner school in Ireland, who spent two moths in our school, within the "Long-term Pupil Mobility Programme" in the Erasmus + "SMILE" programme our school is working with, explained their experience in Spain, the differences with their hometown, etc. A student from our school, Estrella Marqués, also told us about her two- month stay in a school in Austria.

Not enough food in the Tea Room? The French Department prepared some delicious "crepes" in the CREPERIE, with Cristina as the main chef.

What about learning English while exercising? That's what students did in the AEROBICS lesson lead by Graciela, form the counselling Department.

And another FILM, this time in French!

TALK ON MOBILITIES, CREPERIE AND AEROBICS LESSON on PhotoPeach


Finally, a DRAMA WORKSHOP, conducted by Rosa and Merche, to let go any stress... It was fun!

We want to thank Ascen for taking pictures and recording videos of all the acitivities: she managed to be everywhere!!

We hope you enjoyed this special day and are looking forward to having a "II Languages Day" next year!

Those who follow our blog will have noticed by now that many teachers have decided to ask students to use the app Voicethread to make presentations. Now it is the turn of students who have been in the bilingual stream for four years now. You will see that their effort has had a reward: just listen to their wonderful presentations about a book they chose to read during the third term.

WHAT HAPPENS WHEN A CRIME IS COMMITTED? Voicethread by 3º PMAR students


3º PMAR: WHAT HAPPENS WHEN A CRIME IS COMMITTED?

Try this matching game, make correct pairs and be the quickest!! 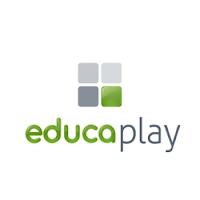 Try this guessing game made with EDUCAPLAY 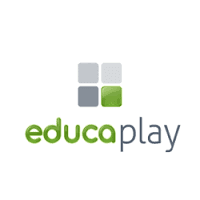 
3rd year students: Here is a new app to help you revise the Passive voice.You can use the flip cards to find if your answers are correct and the test to check your progress.I hope you find it useful!

Some other vocabulary that appears in Unit 7 refers to containers and the materials they are made of.
Here there is another QUIZLET for you to practise this vocabulary. 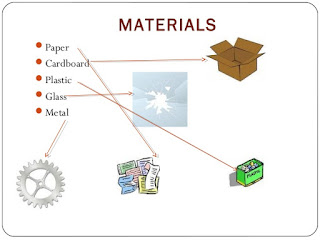 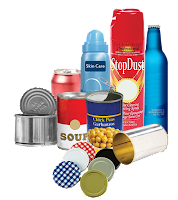 And for those who may want to improve their vocabulary and learn some new words, you can try the activities here:

Students in 2nd ESO are working with some vocabulary related to the different stages in a person's life, as well as the most important things that happen during those stages.

What about practising all this new words using the Quizlet I have prepared for you? I am sure that it will be much easier (and more fun!!)  for you to learn it.

Students in 2nd bach have prepared some brilliant presentations using the app Voicethread. In these presentations they talk about their favourite books or TV series. Please, do have a look at them. I am sure that, after listening to them, you will be looking forward to reading those books or watching the series.

Some "brave" students have allowed me to show you their projects with this useful app.They had to talk about different features,festivities and famous people in the USA.
Here you have some examples: 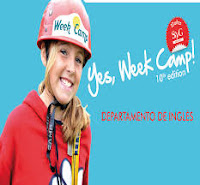 
Yesterday  a group of  26 students from 1º and 2º ESO started their WEEKCAMP experience accompanied by Alberto Castellano Noriega.
We hope they'll have a really good time and improve their English a lot!!
Publicado por Selgas English Department en 10:20 No hay comentarios:

Most of the students have decided to try SMORE for their projects on one of the three short stories in the book. Some have been more successful than others.You can see all their SMOREs in the Symbaloo here 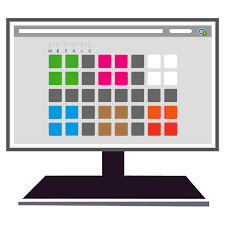 You can practise this vocabulary with the QUIZLET APP 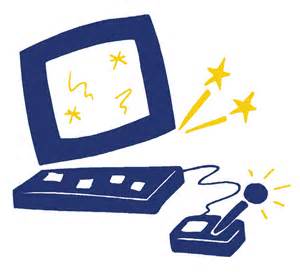 Symbaloo for students in 1st Bachiller

Hello! You know that learning a foreign language involves lots of independent study. Here you will find some resources that I have selected for you. We will use some of them in class and I hope you'll find some time to work on your own at home too. 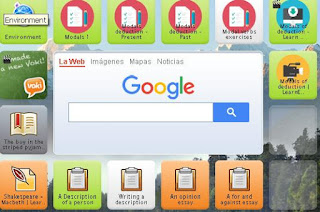 Students  will choose one of the stories in the book and prepare a project on it.
They can do it in a traditional way (writtten project on paper) or try using a new  tool:

You can see an example here: My Lady Anne Boleyn
Your  works should include all the points in this table:

There will be an extra point for using  SMORE!!https://www.smore.com/u/rosa23
Publicado por Selgas English Department en 20:30 No hay comentarios:

We have been revising the containers we use for different products. If you want to practise it all a bit more with a memory game, you can do it here. 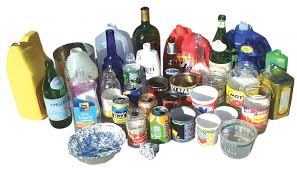 
What do you think? Would you like to watch the film after listening to this review?

Now it's your turn: go to

and, after signing in, create your own VOKI.

Once created, you must record yourselves telling us about a film you really like.

These are the elements that your film review should include:

When you finish, don't forget to send me the link!

Since it seems you enjoyed it last week , you can keep playing and practising  the uses of GET here:

VERBS + INFINITIVE or GERUND WITH DIFFERENCE IN MEANING (2nd Bach) 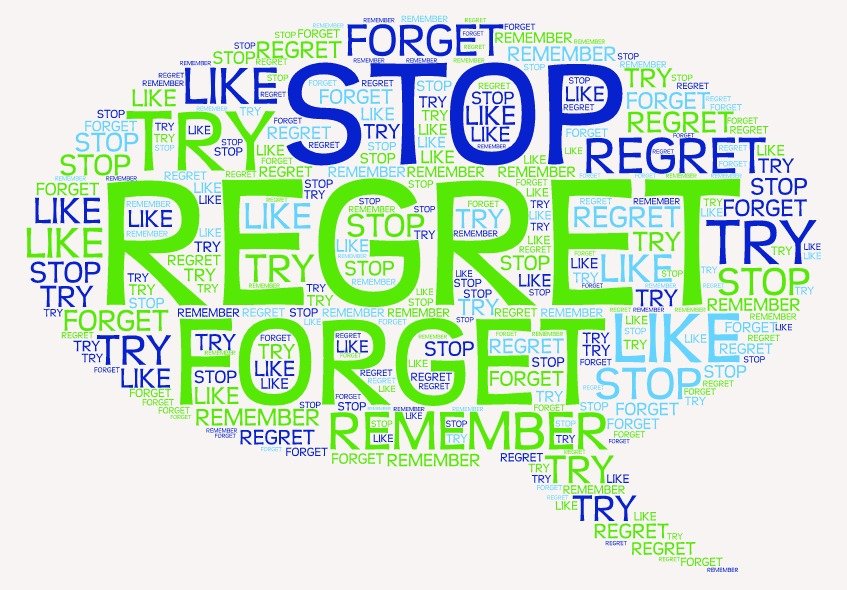 Do you remember LEARNING about this in class?
Did you remember TO DO the exercises I recommended?
Maybe you should stop DOING whatever you are doing and you should try TO DO / DOING (that will depend on you...) the exercises included in this Thinglink.
Don't forget TO HAVE a look at the video hidden under the green button!
Good luck!!

WELCOME TO OUR NEW BLOG!!!

As you may know, the English  Department has had two blogs for quite a long time now. However, with the constant changes in the new technologies, they have become obsolete. That's why we have decided to MOVE to a new home, which will make things much easier for us.

For example, it has allowed us to use this fantastic app, that some of you will also have to use...

You can find this app  in www.voki.com/
Publicado por Selgas English Department en 11:10 No hay comentarios: